The China Chamber of Commerce to the EU (CCCEU) and its counterpart in China, the European Union Chamber of Commerce in China (EUCCC), successfully launched the high-level "China-EU Business Leaders Roundtable Dialogue" in Brussels on January 13, 2022. 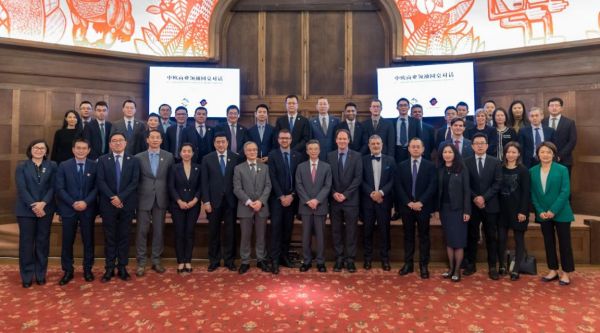 Minister Peng Gang of the Chinese Mission to the EU delivered a keynote speech at the two major chambers' first ever in-person event, while leaders of the two chambers gave welcome remarks. The dialogue, co-chaired by CCCEU Secretary General Mr. Fang Dongkui and EUCCC Secretary General Mr. Adam Dunnett, was attended by approximately 70 representatives from politics, business, and the media sectors.

Chambers expected to chorus against protectionism and decoupling: Minister Peng

In the eyes of Minister Peng, a seasoned diplomat, the dialogue reflects an effort by the business community to engage in public diplomacy. 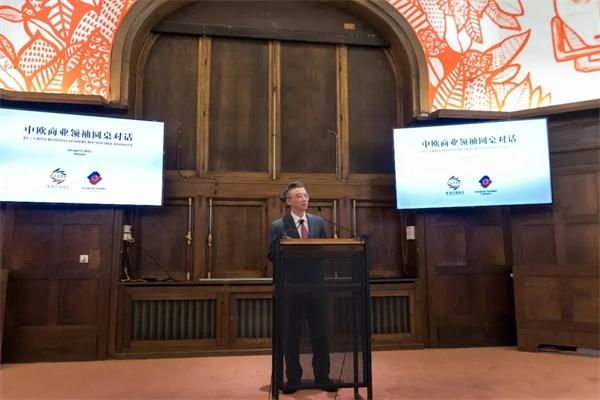 Minister Peng Gang of the Chinese Mission to the EU delivers a keynote speech. Photo: CCCEU.

The minister stated in his keynote speech that while trade is a cornerstone of China-EU relations, bilateral cooperation has been enriched, expanded, and deepened in areas such as climate change, green development, digital transformation, infrastructure, and connectivity.

He continued to say that both chambers are faithful representatives of the interests of their respective business communities and play an important role as bridges in China-EU economic and trade relations. 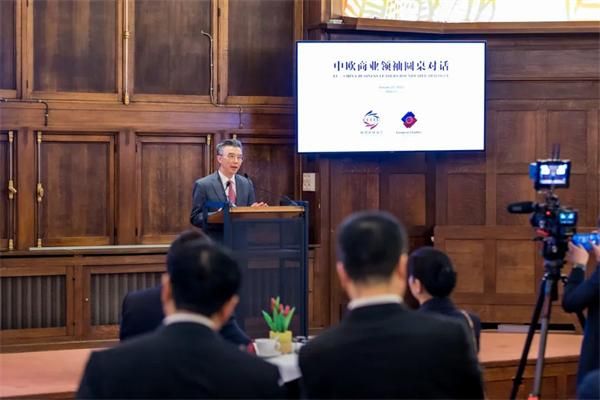 Thus, it is hoped that the two chambers will enhance their communication and cooperation, speak out against "decoupling" and protectionism that go under the cover of security, and cooperate to make the business environment more open and friendly with room for growth for businesses on both sides, he noted.

Mr. Xu Haifeng, Chairman of the CCCEU, made welcome remarks via video link and applauded the first in-person meeting between the two chambers. "It is our due responsibility to promote bilateral trade and address global challenges," he said.

"2023 could be a turning point after the turbulent year of 2022," Mr. Xu said, adding that this year marks a new course in China's modernization and opening up.

China eased its three-year COVID-19-related restrictions in early January, and this, according to Xu, provides "a substantial boost for tourism, the hospitality sector, people-to-people exchanges, and the wider recovery of economic activities in the long run." 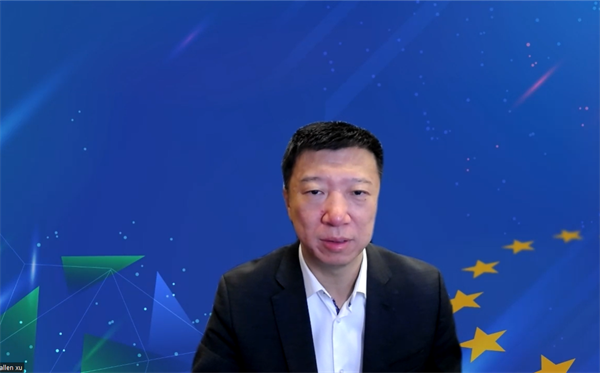 On the other hand, the chairman cautioned about economic headwinds, including geopolitical conflict, energy price hikes, interest rate increases, and supply chain disruptions.

Therefore, "It is high time for China and Europe to further cement their economic and trade relations and work to jointly address the issue of both concerned," Xu added.

Calling the CCCEU "comrades-in-arms," EUCCC President Joerg Wuttke said the two chambers are in the same business as advocacy and both are trying to make the business environment in their respective regions better to conduct business.

Following the ease of travel measures, he emphasised the importance of physical engagement. "That is very important because we need human touch in our business engagements." 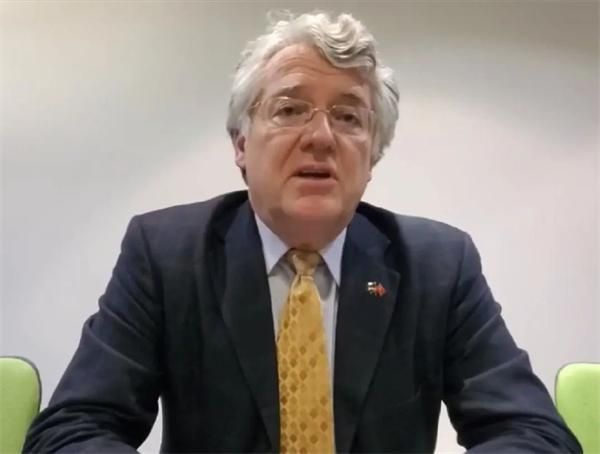 He also cited his chamber's lengthy position paper released in September last year, consisting of 967 recommendations, saying that his chamber's some 1700 members "are in China and stay in China."

"We are not willing to go; otherwise, we would not go through the trouble of putting nearly a thousand recommendations," Wuttke said.

Business executives of members of the chambers exchanged their views on exploring further China-Europe coordination, with a focus on energy, environment, green transition, and sustainable development.

"Huawei is not only a digital company, but also a green company," said Mr. Kong Yu, Deputy President of Huawei's Europe Public Affairs Department. In his words, Huawei in 2021 supported economic activity in Europe of EUR 12.3 billion and 143,800 jobs, generating EUR 5.2 billion in tax revenues. 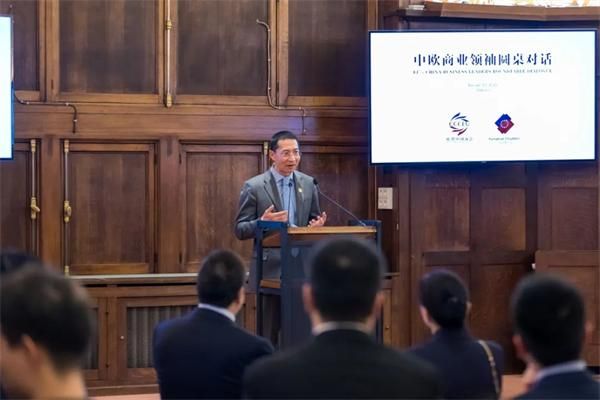 "Our solutions help Telcos reduce energy consumption by 30% compared to the industry average, moreover, we develop green technology locally and purchase most of the components locally too," Kong added.

Zhang Hui, vice president for Europe of the Chinese electric vehicle maker Nio, told the audience that his company has established partnerships with over 1000 European businesses. 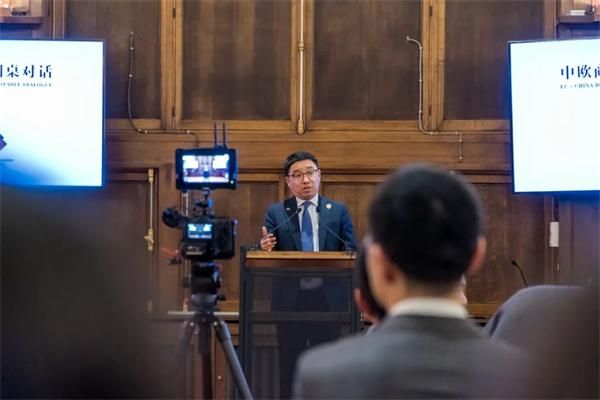 "Through practical actions, we are willing and keen to provide our innovative solutions to accelerate the construction of Europe's charging infrastructure and make our contribution to speeding up the transformation of e-mobility and a more sustainable energy economy, as well as supporting the strategic targets of Europe's Green Deal and Fit for 55," Zhang said. 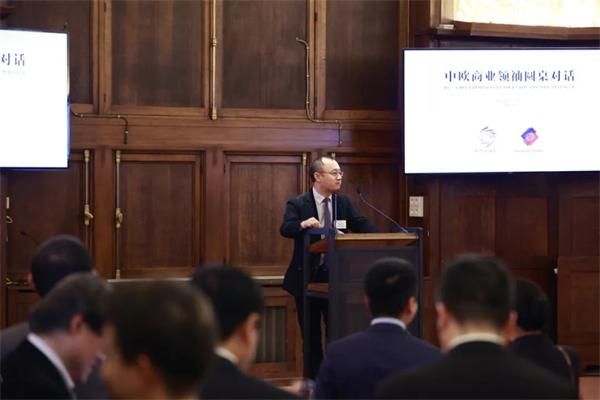 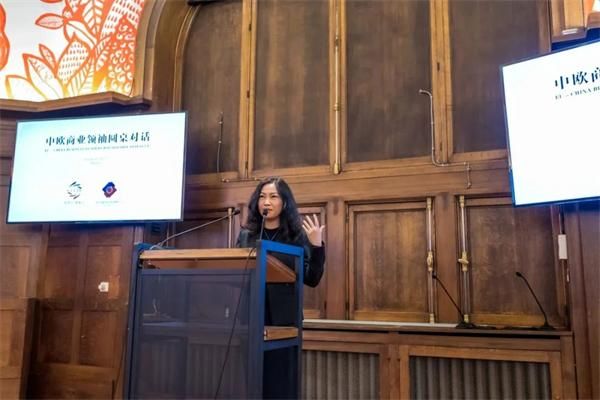 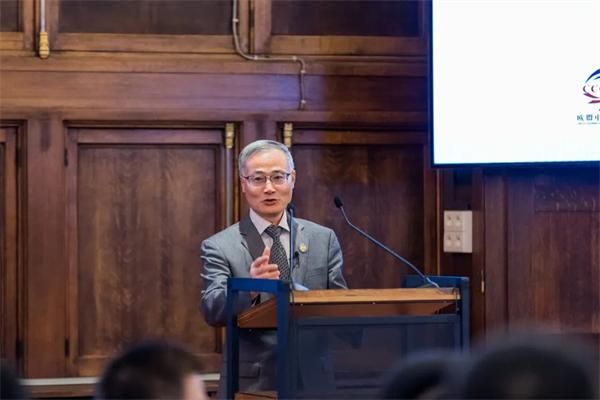 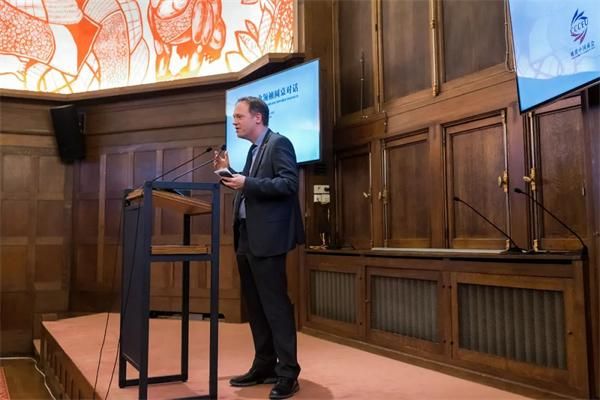 Prior to the roundtable dialogue, the secretariats of the two chambers had lunch and discussed future coordination. The luncheon was attended by two chambers' secretaries general, Mr. Fang and Mr. Dunnett, as well as Mr. Kong Yu, who chairs the CCCEU's digital economy working group, and Ms. Renata Pavlov, the EUCCC's member state representative and member of the Maritime Manufacturing Working Group.