The 4th China-France Track Two High-Level Dialogue, co-organized by the Chinese People's Institute of Foreign Affairs (CPIFA) and the France-China Foundation (FCF), took place on December 8 and 9, 2022. Mr. Ji Bingxuan, Vice Chairman of the Standing Committee of the National People's Congress of China, and Mrs. Carole Bureau-Bonnard, Former First Vice President of the National Assembly of France, co-chaired the dialogue and delivered keynote and closing remarks, respectively. Mr. Xu Haifeng, Chairman of the CCCEU, was invited to speak on the first day of the event.

Mr. Xu addressed the panel discussion titled "China-France and China-Europe economic and trade relations," in which he updated the audience on the status of China-EU trade relations as well as the development of Chinese enterprises in the EU.

Thanks to the China-EU Agreement on Geographical Indications, more products are mutually recognised by the two markets, and bilateral trade for agricultural goods has shown rapid growth, he noted.

He added that China and France have complementary industrial profiles, thus having great potential and broad prospects in developing third-party markets together.

The wider China-EU trade relations have shown resilience in the face of multiple challenges, benefiting Chinese enterprise expansion in the EU. The aggregate revenue of Chinese enterprises in the EU-27 is expected to reach EUR 163 billion in 2021, up 8.4% year on year.

Chinese firms are looking to expand their presence in Europe, as the continent has grown to be the apple of their eye. According to the chamber's 2022 survey, 80% of respondents value the EU market more in their future global strategy.

Mr. Xu, on the other hand, emphasised that "while Chinese companies continue to expand in the EU, their ratings of the bloc's business environment fell for the third year in a row, with the political environment, economic and industrial environment, and business service environment being the main factors dragging down sentiment."

Beijing and EU capitals have stepped up exchanges and visits in recent months, and French President Macron is expected to visit China early next year. 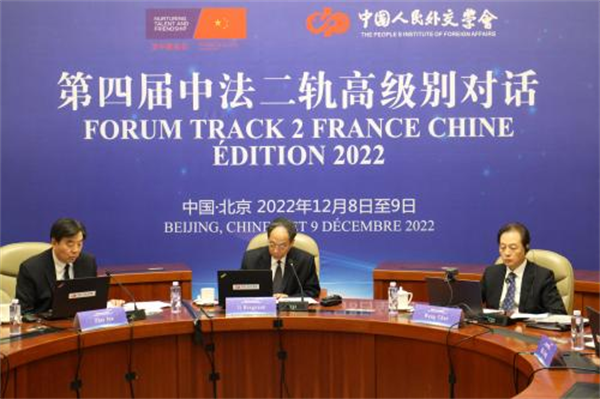 Mr. Wang Chao, President of the CPIFA, and Mr. Nicolas Macquin, Co-President of the FCF, both spoke at the meeting. According to the CPIFA, approximately 60 prominent delegates from China and France's political, economic, and environmental protection sectors participated in in-depth and candid discussions.