The half-day hybrid conference was themed "China-EU relations under the backdrop of challenges unseen in a century" and jointly moderated by CPIFA Vice President Shi Ling and EPC Chief Executive Fabian Zuleeg.

China and the EU should maintain the "correct perception" of their relationship, which remains essentially a comprehensive strategic partnership, Liu said, adding that the two sides should keep an open line of communication and properly control their differences. 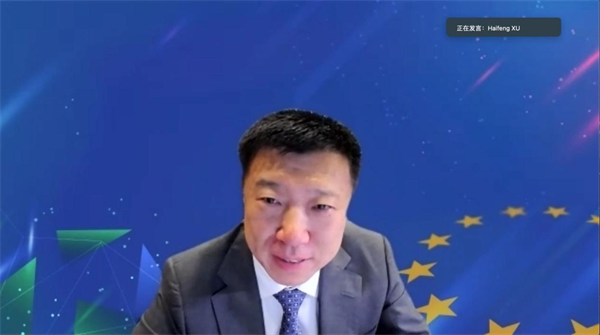 At the second panel, Mr. Xu commented on the significance of China-EU economic and trade relations and Europe's growing importance in Chinese companies' global expansion. He expressed the hope that the EU will provide Chinese enterprises in the bloc with a fair and non-discriminatory business environment.

CCCEU also participated in the first China-EU Track Two High-Level Dialogue, which was held in September 2021.