-BRUSSELS, Sept.30, 2022 --The China Chamber of Commerce to the EU (CCCEU) and global consultancy Roland Berger jointly released the chamber's annual flagship report in Brussels on Friday, saying that Chinese businesses in the bloc record rapid growth despite headwinds but sentiment on the bloc's business environment plummets to a three-year low. 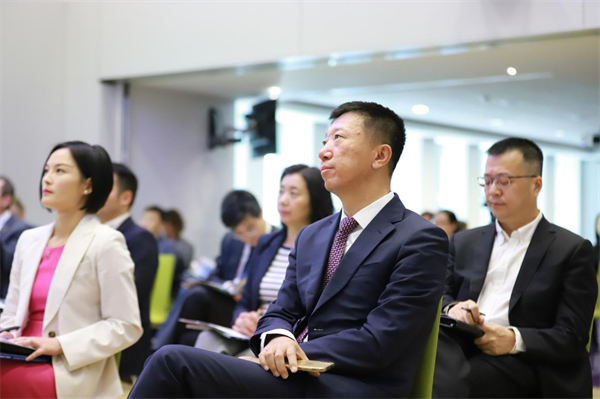 The report, titled "Striving for a Common Future: CCCEU Report on the Development of Chinese enterprises in the EU in 2022," also calls on the EU to stem the trend of "inward-looking" and rising protectionism in its trade policies as the development of a slew of unilateral tools, including Foreign Subsidies Regulations (FSR), International Procurement Instrument (IPI), Corporate Sustainability Due Diligence (CSDD), Carbon Border Adjustment Mechanism (CBAM), has been sped up in recent months.

Chinese businesses in the EU express the hope that the EU's economic and trade relations with China, the bloc's biggest goods-trading partner ever since 2020, will keep momentum in the long run; and that the two will work together to offset the global instability and inject vitality into the world economy plagued by multiple challenges such as climate change, recurring Covid-19 outbreaks and geopolitical tensions.

The Chairman of the CCCEU Xu Haifeng said:"This year marks the 47th anniversary of China-EU diplomatic ties. It has been a great journey for China-EU cooperation. Last year, the value of China-EU imports and exports exceeded 800 billion U.S. dollars for the first time. Bilateral investment is also ballooning as the first eight months of this year saw a stunning 123.7% year-on-year increase in the EU's investment in China. We all know it is not easy for China and the EU to maintain the stability of their massive cooperation. The interplay between geopolitical dynamics and the Covid-19 pandemic, among other challenges, has been weighing on the economies of China, Europe and beyond, as well as the global value chains and supply chains. As the major force to advance China-EU economic and trade relations, Chinese enterprises have been attaching increasing importance to the EU in their overseas investment and business strategies. We hope that China-EU economic and trade cooperation will be the guiding light to help the two partners weather difficulties and challenges, strengthen their competitiveness and contribute to world development." 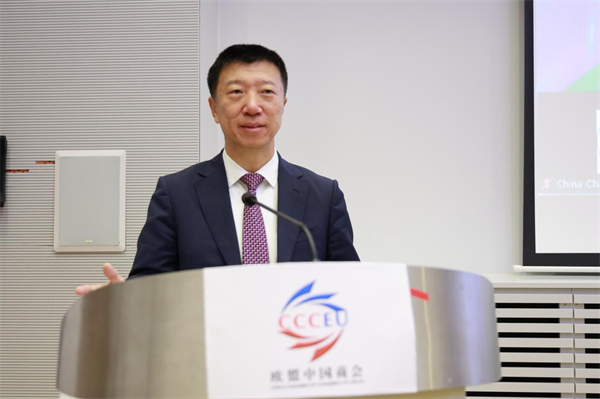 Global Managing Director at Roland Berger Denis Depoux said:"In 2022, the resurgence of Covid in China is putting pressure on its economy, at a time when rising inflation, increasing energy shortages and the associated supply chain disruptions are exerting downward pressure to global demand. The mutually beneficial business cooperation of EU and China helps stabilise the situation. European business is very exposed in China. In the EU, about 70% of surveyed Chinese enterprises this year remain positive about China-EU economic and trade relations in the long run. We can see in China many European companies are leading in industrial automation and digitization, one of the clear priorities of China's 14th Five-year plan, while on the other hand Chinese companies are participating, in collaboration with European companies, in the EU's green deal thanks to their leadership, particularly on the renewable energy supply chain. We hope that this year's report can continue to provide facts and figures about Chinese companies in the EU, voice their views and shed light on the circumstances around their efforts, as well as provide constructive and comprehensive recommendations for cooperation both in key fields and on a broader level." 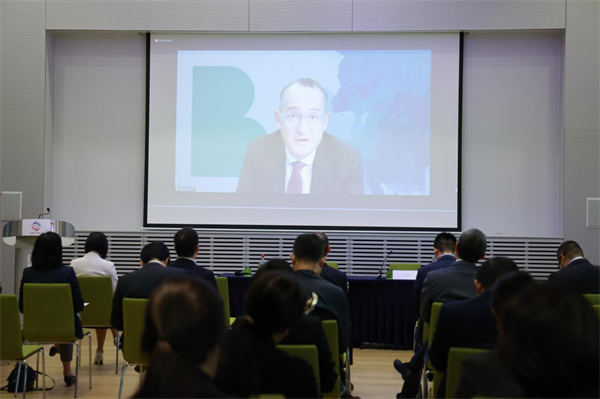 The report builds on two-month surveys and interviews of some 150 Chinese companies and organisations in June and July this year, zooms in key topics of green economy, digital economy, and sustainable development. It concludes with nearly a hundred recommendations for bolstering China-EU development and cooperation. 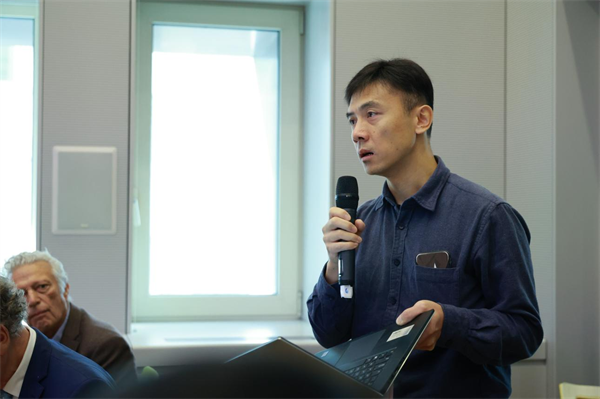 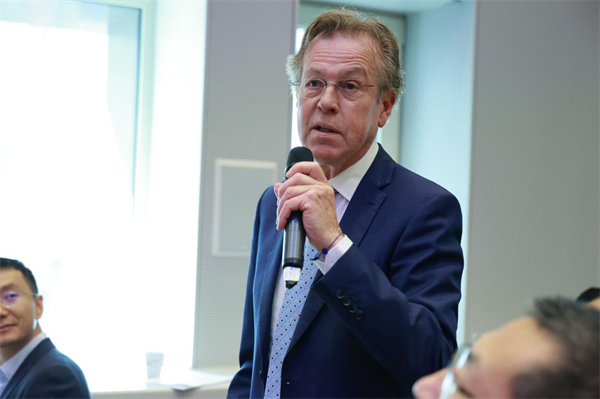 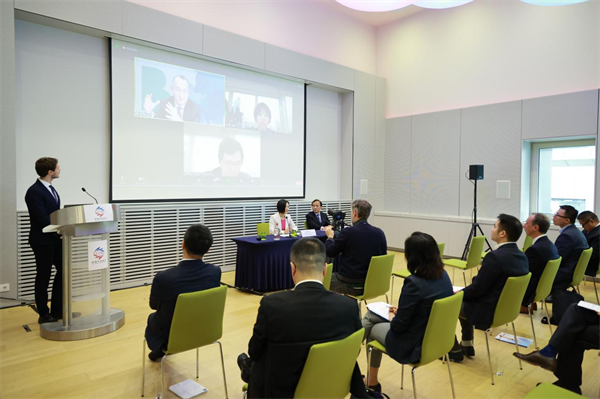 According to the report, more than 70% of survey respondents reported about the same or slightly higher level of earnings before interest and tax (EBIT) compared to 2020, and about 30% saw their EBIT "increase significantly". In 2021, it is estimated that the aggregate revenue of Chinese enterprises in the EU-27 added up to EUR 163 billion, up by 8.4% year on year. 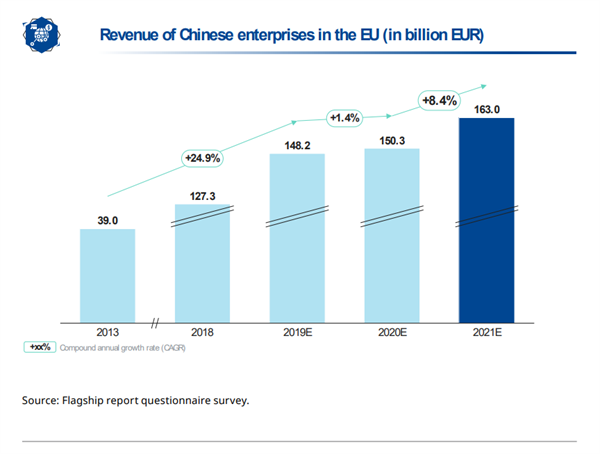 For this year, the confidence of Chinese enterprises in their profitability rises: 40% of respondents expect their 2022 EBIT to increase slightly or significantly, about half of them expect theirs to remain at about the same level as the previous year; and only 19% forecast a potential decrease, less than the 26% in 2021. Nonetheless, the challenging external environment, characterised by volatile energy prices, persistently high inflation and global supply chain disruptions, could weigh on the growth outlook in the near future. 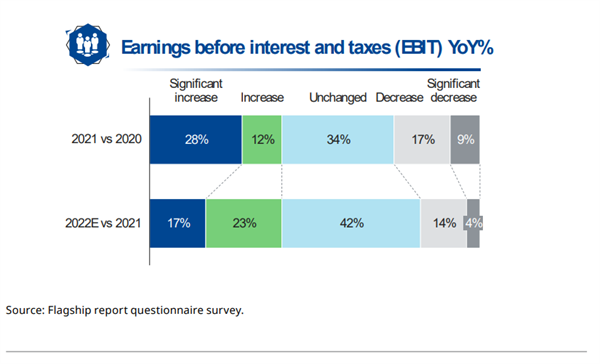 Chinese companies contribute to the EU's employment: in 2021, more than 80% of employees in Chinese firms in the bloc came from EU Member States, up by three percent from 2020. The momentum is going on: about half of surveyed enterprises have plans to hire more European employees in 2022, a marked increase from the 30% a year ago. Specifically, about 30% of surveyed Chinese enterprises expect their local headcount to expand by 11-50 in 2022, about 15% of them expect 51-250. 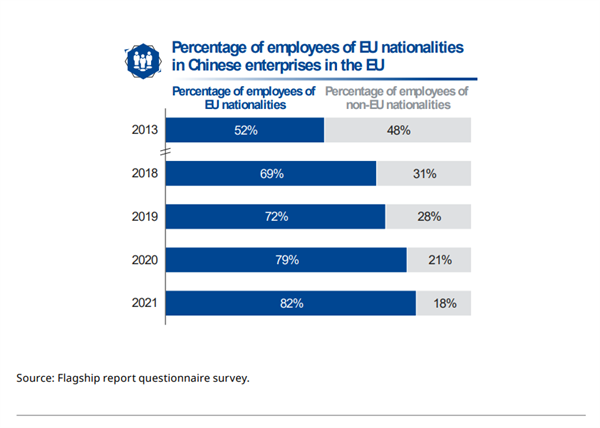 Fuelled by the resilience of bilateral trade and investment ties, Chinese enterprises stay optimistic about China-EU economic relations in the long run. In 2022 survey, 70% of respondents believe that China and the EU have stood together through thick and thin, and the crucial, mutually beneficial and mutually reinforcing partnership is still firm, higher than the 60% in 2021.

As a key market in Chinese enterprises' global strategy, the EU has a distinct and long-lasting allure. The 2022 survey shows that 80% of respondents attach more importance to the EU market in their global strategy going forward. About 70% are convinced that their presence in the EU will contribute to their image as a global brand. 50% of them believe that the EU market is full of vitality and that China and the EU can cooperate for win-win results based on their complementary strengths.

Chinese companies are set to continue to invest in the EU. Approximately 80% of the surveyed enterprises had developed EU investment plans for the coming year, mostly via the industrial chain. Although Chinese companies grow in the EU, their ratings of the bloc's business environment recorded a decline for the third year, with the political environment, economic and industrial environment and business service environment being the main factors dragging down the sentiment. 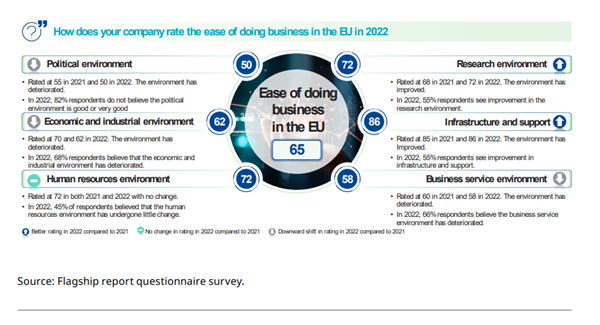 The geopolitical dynamics, the Covid-19 pandemic, and supply chain disruptions have been taking a mounting toll on the global economy and also on the Chinese enterprises operating in the EU, as confirmed by more than 80% of the surveyed enterprises. Among the indicators of the industrial environment for Chinese enterprises in the EU, supply chain disruptions, including instability of both supply and price, are a common pain point shared by 54% of the surveyed enterprises.

The development of the EU's unilateral economic and trade instruments raises concerns among Chinese enterprises that they might morph into protectionist measures. For instance, the EU's new rules on foreign subsidies may put Chinese investment activities under triple scrutiny, and an overwhelmingly 96% of respondents said they are worried about the negative impact of the FSR. Similarly, 27%, 40%, and 35% of respondents, respectively, rated negatively on the EU's FDI screening, IPI, and CSDD.

The report also expresses concern and worries about the EU's "selective decoupling" tendency in targeted hi-tech, digital and green sectors.

The EU and its "liked-minded allies" are calling for "re-shoring" or "friend-shoring", with the scope of supply chain reshaping gradually expanding from 5G, rare earths and semiconductors to emerging industries such as photovoltaic and renewable energy, highlighting the tendency to generalise the concept of strategy and security. According to the survey, 81% of Chinese enterprises are concerned about the negative impact of supply chain disruptions on their business.

In recent years, the EU has been pulling closer to certain countries and regions. Following the move to create the EU-U.S. TTC in June 2021, the European Commission announced in April 2022 that it would launch an EU-India TTC to address challenges in sectors including trade and technology security. Surveyed Chinese enterprises are concerned that such moves would fragment the existing industrial structure and hurt China-EU cooperation in critical areas. 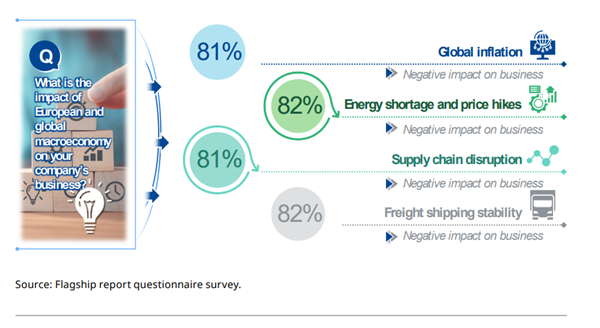 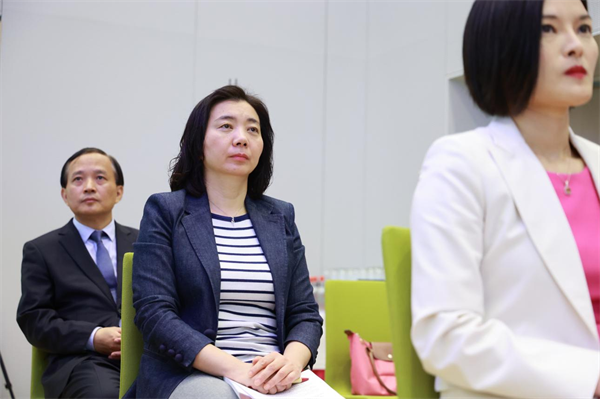 The CCCEU has in the report proposed nearly a hundred recommendations in twelve key fields to promote dialogue and cooperation between China and Europe, and help the EU provide Chinese companies with an open and non-discriminatory environment for doing business.

For instance, the report advises the two sides to safeguard the stability of global value chains and supply chains by upgrading China-EU freight transport facilities and digitalisation, enhancing cooperation in maritime transport, aviation logistics, as well as China-Europe Land-Sea Express Route. China and the EU are also suggested intensifying their coordination in pandemic response and mitigation.

The report urges the two sides to join hands to build a green economy. It said the EU should ensure fair market access for renewable energy projects, promote flagship joint R&D programmes in green and emerging technologies with China, and provide policy support for enterprises focused on developing the green economy. Brussels and Beijing could also boost cooperation on both carbon trading systems, taking the lead in setting fair and harmonised standards in carbon evaluation and carbon auditing.

In the digital front, the report proposed the two sides facilitate common global progress and cross-border R&D in the digital sector to create a solid foundation for mutual benefit and win-win results. It urges the EU to remove market barriers imposed in the name of cybersecurity and reduce discriminatory treatment against Chinese companies. The two sides should also facilitate cross-border data flows and establish mutual recognition of cybersecurity standards and certification.

Most Chinese enterprises are very active in intensifying efforts to fulfil their social responsibilities in the EU. They are committed to strengthening their technological innovation capability, winning the local market with quality products and gaining the trust of the local market.

Chinese enterprises call on the governments and civil society across the EU to recognise the efforts they have made in providing financial and medical aid to local communities and developing local talents, and to avoid political inclinations affecting cooperation in education and R&D. They hope that enterprises from China and the EU can join hands in promoting sustainable economic and social development in the EU. 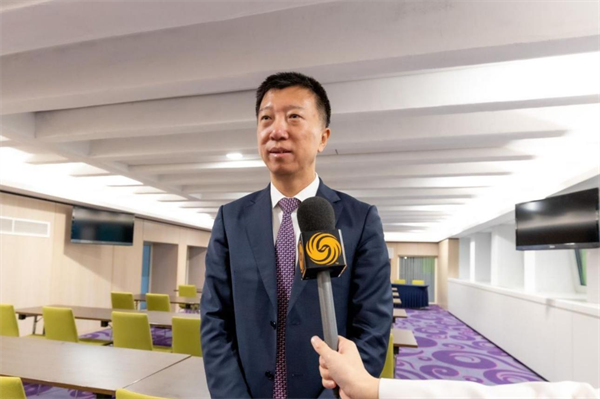 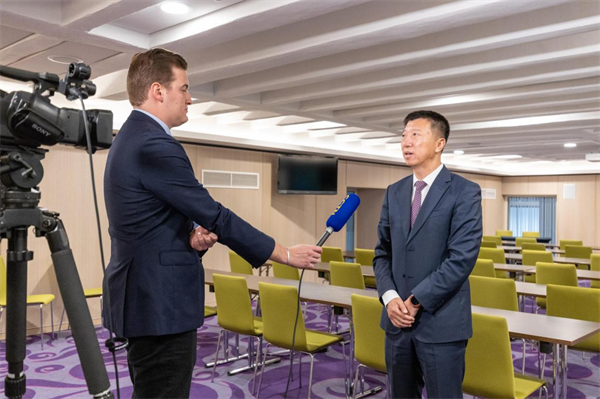