On OCT. 18, 2021, the China Chamber of Commerce to the EU (CCCEU) unveiled its annual flagship report on the development of Chinese enterprises in the EU in 2021 in Brussels, saying Chinese businesses in the bloc recorded modest growth amid uncertainties posed by the pandemic. Cautioning that sentiment continues to decline on ease of doing business in the EU, the Report also proposes some 70 recommendations to promote China-EU cooperation and development.

The Report, titled “Strengthening Mutually Beneficial Cooperation to Shape the Common Future”, was jointly launched by the chamber and a global consultancy Roland Berger, marking the third edition of its kind since the CCCEU’s inauguration in April 2019 in Brussels. 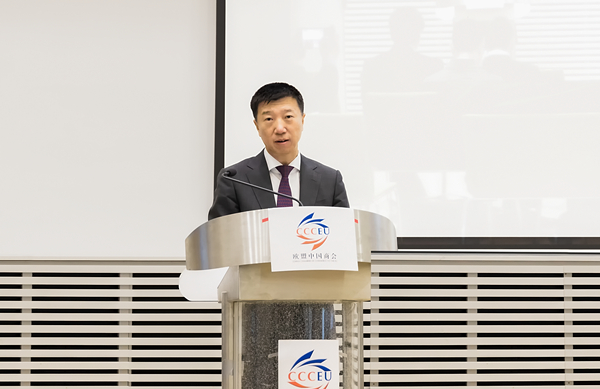 The Chairman of the CCCEU Mr. Xu Haifeng delivered a speech at the launch event of annual flagship report. Source: CCCEU.

Mr. Xu told the event that, despite difficulties and uncertainties, China-EU economic and trade relations witnessed growth in recent years. Since 2020, China has become the EU's top trading partner in goods; China-Europe freight train services surged by 50% in 2020; the China-EU Geographical Indications Agreement came into force, and by July 2021, the two sides have mutually recognized and protected 244 geographical indications.

Against the backdrop, Chinese companies in the EU achieved encouraging growth in terms of turnover, the number of employees and patents filed thanks to the strong resilience of both markets and supply chains, he said, adding that the EU’s significance as an overseas investment destination is rising and the Chinese business community stays confident in the long-term development of China-EU economic relations, ready to contribute to the bloc’s ongoing twin green and digital transitions.

Mr. Xu said, however, Chinese companies are also concerned about the EU’s several unilateral trade instruments, its increasing tendency of "inward-looking" and a rising trend of politicizing business in the bloc. He urged the EU to provide Chinese enterprises with a fair and non-discriminatory environment, to further boost Chinese investment in the EU and bilateral trade ties. 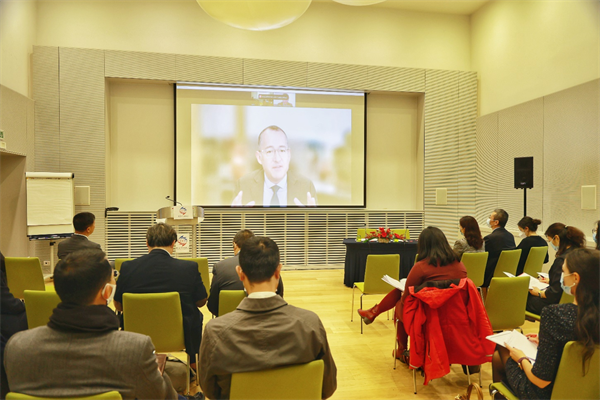 Mr. Depoux said, since their establishment 46 years ago, China-EU relations have enjoyed steady and sound growth overall, despite some ups and downs along the way. Over the past year, China and EU stood together and helped each other in the face of global challenges such as the Covid-19 pandemic, climate change, and international and regional conflicts, while playing an important role in driving the global economic recovery. Remarkable achievements in economic and trade cooperation between China and the EU made 2020 a milestone year in their bilateral relations. Against this backdrop, it is crucial to get valuable insights into Chinese enterprises in the EU.

He said, as a consultancy that has witnessed deepening China-EU economic and trade relations, Roland Berger has seen that China and the EU have deep foundations for cooperation at multiple levels. At the same time, Chinese and European enterprises are also willing to work together. Hence, we believe that in the future China and the EU will have long-term cooperation in more areas, and play a greater role in the global economic recovery and the sustainable development of humankind.

Between April and August, the CCCEU had worked with Roland Berger to conduct surveys and in-depth interviews with Chinese companies operating across Europe. The Report also incorporates in-depth interviews with companies, organizations and foreign offices, thus providing a more scientific and truer reflection of the changes in the ease of doing business in the EU and the wishes of Chinese enterprises.

Chinese companies in the EU registered modest growth in 2020, making a continued contribution to the EU

According to the 2020 Statistical Bulletin of China's Outward Foreign Direct Investment issued by the Chinese Ministry of Commerce and other authorities in September, by the end of 2020, Chinese investors had set up 2,800 enterprises in the EU, covering its all 27 member states, and employed some 250,000 foreign employees.

The Report found that despite the impact of the pandemic, Chinese enterprises managed to overcome the adversities and made a series of substantial contributions to the EU.  It is estimated that Chinese enterprises recorded modest growth in 2020 with a total turnover of EUR 150.3 billion in the 27 EU member states, up 1.4% year-on-year.

By setting up laboratories in sectors such as automotive manufacturing, life sciences and information technology, Chinese enterprises have deepened technological cooperation between the two sides. In 2020, Chinese enterprises filed more than 13,000 patents with the EU Patent Office (EPO), up 10% year on year, and ranked fourth in terms of total applications among all countries. The top three areas for patent applications by Chinese enterprises were digital communications, computer technology and electrical machinery/instruments/energy.

Most Chinese enterprises in the EU were confident that China and the EU will maintain long-term cooperation and development in economic and trade relations. 86% of the surveyed Chinese companies believed that the EU has become significantly more important for Chinese companies.

Most Chinese companies see the EU green transition as an opportunity for growth and are positive about participating in the EU digital economy.

According to the overall evaluation by Chinese enterprises, the ease of doing business in the EU in 2021 declined for the second consecutive year with significantly lower scores for the political climate and the business environment in comparison to the past.

Affected by a number of events, including the "freezing" of debates on ratifying CAI in 2021 and the proposal for a screening mechanism for foreign subsidies, the score for the political climate in the EU continues on a downward trend started in 2019. The surveyed enterprises and organizations believe that the EU is tightening policies towards Chinese enterprises and that the stability of the EU’s economic and trade policies has declined significantly.

68% of the surveyed enterprises expected the EU’s new regulation against foreign subsidies to have a significant or somewhat negative impact on their day-to-day operations and bidding activities.

Closer transatlantic relations and the new Trade and Technology Council (TTC) are set to strengthen EU-US cooperation in areas such as supply chains, telecommunications, and investment screening. Chinese companies cautioned that this may lead to much more fragmented global standards in key areas due to the absence of China in setting these standards.

In terms of 5G, the Report expressed concern that some EU member states have directly or indirectly excluded Chinese companies from participating in local 5G construction on non-technical factors. 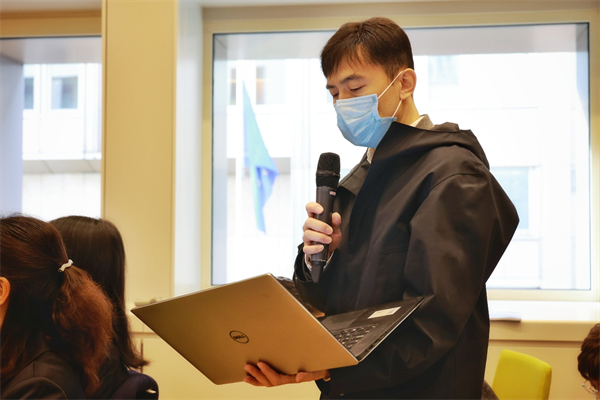 The CCCEU has in the Report proposed nearly 70 recommendations in ten key fields for the EU to promote dialogue and discussions between China and Europe, and help provide Chinese companies with an open and non-discriminatory environment for doing business.

On deepening mutual trust between China and the EU, the Chinese business community expects the two sides to overcome obstacles, enhance political mutual trust, intensify high-level dialogue and exchanges, formulate the China-EU 2025 Strategic Agenda for Cooperation and create synergies between their strategies.

The Chairman of the CCCEU Mr. Xu Haifeng was in his interview with media.  Source: CCCEU.

The Report pledges the two sides to join hands to build green and digital economies. It said the EU should accelerate the green transition, ensure stronger policy incentives and transparency, work with China to set green finance standards with global influence, enhance carbon-market dialogue and cooperation, adopt a cautious approach on the Carbon Border Adjustment Mechanism, and enhance cooperation on biodiversity conservation.

On the digital economy, the Report recommends strengthening China-EU cooperation on digital economy under a China-EU digital partnership, promoting bilateral cooperation on the European cloud initiative GAIA-X, broadening cooperation on basic research and application development to stimulate innovation in business models, and ensuring the equal participation of Chinese enterprises in the formulation of EU industry standards.

The Report urges to eliminate the negative impact of the EU’s unilateral tools: its FDI screening efforts should avoid over-regulation, legislation on foreign subsidies should reduce uncertainties, avoid new distortions and discrimination, and other unilateral tools – e.g. rules on sustainable corporate governance and the IPI, should be advanced with caution.

Concerning 5G, the Report urges the EU to provide an open, fair, and non-discriminatory market for China’s telecommunications companies. It said the EU should avoid politicisation of business, remove restrictions on so-called “high-risk” suppliers with non-technical factors, foreign enterprises should be granted equal access to the EU’s digital market. The EU is advised to provide clear cybersecurity regulations, standards, and implementation guidelines, and work with China to jointly promote the formulation of international standards and avoid fragmentation.