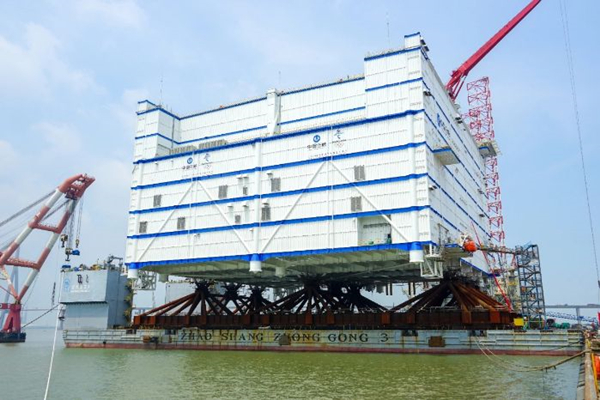 The 15-story-tall converter station is said to be the world's biggest, and first of its kind in Asia. It's expected to arrive in the designated destination in the Yellow Sea in three days and start installation as part of the Rudong offshore wind power project by then.

The Jiangsu Rudong offshore wind power projects being developed on a trapezoidal-shaped field located in the Huangshayang sea area to the east of Rudong County, near Nantong city, in Jiangsu province in China.