Shortly after its first ever order for eBuses in Romania in January, BYD – the world’s leading electric bus manufacturer – has followed-up the milestone with a subsequent order for 20 pure-electric 12-metre low-floor eBuses for the city of Constanța on the Black Sea coast.

The new vehicles, when delivered, will be the first ever electric buses for Constanța City.

This second fleet order in quick succession for BYD follows an initial nine 12-metre eBuses ordered by Transbus Buzău in the Municipality of Buzău last month, providing evidence of a rapid uptake of eMobility in Romania, and also BYD’s ability to build successful long-term partnerships in emerging markets. 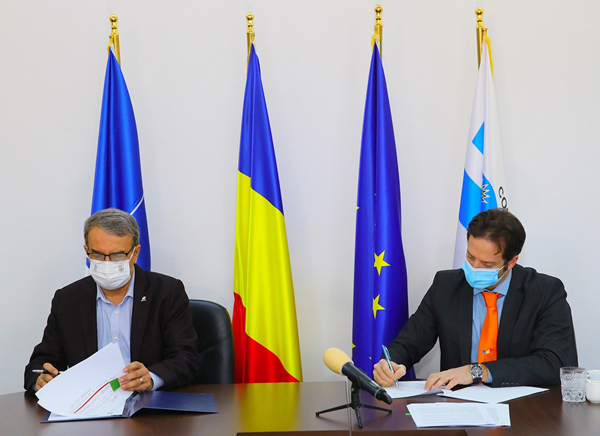 Hand-over of Constanța’s new BYD emissions-free eBus fleet is scheduled for early 2022 and will be delivered via BYD’s partner in Romania, New Kopel Car Import. The majority of the vehicles will be built at BYD’s dedicated production facility in Komárom in neighbouring Hungary. Despite the COVID-19 pandemic, BYD has consistently achieved its production and delivery schedules for Public Transport Operators across Europe.

During the signing formalities, Mayor Chiteac said, “With the help of the Romanian government, we are taking an important first step towards the long-term future of public transport in Constanța – and a truly sustainable one.”

In January, BYD Europe’s Managing Director Isbrand Ho described how he believed that the initial Buzău order would, “…serve as a template for other Romanian towns and cities to introduce eMobility for their own citizens and to realise the benefits of safe, reliable, comfortable and, above all, clean public transport.” Commenting this week, he added, “eMobility has definitely arrived in Romania. In just two weeks, we have cemented our partnerships with Local Authorities in two major cities in this country. It is only by this positive cooperation – and a combined commitment to building a sustainable future – that we have been able to deliver a long-term eMobility solution.”